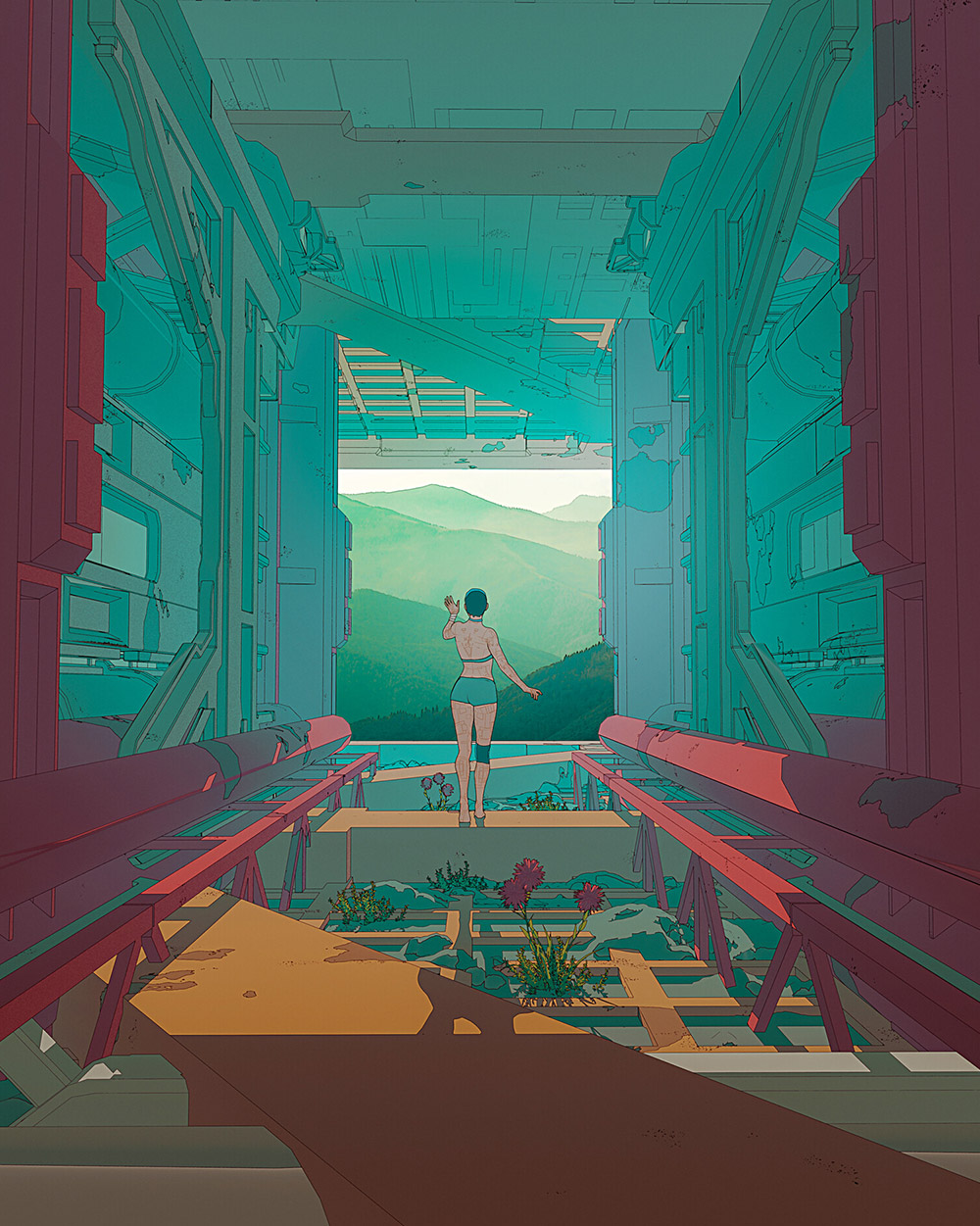 – There is a Main Storyline –

Additionally every Ethertale Image has it’s own Story to tell.

What we had done, we could not undo.

Humanity had toiled and fought for so long for the greatest of ideals, reaching out with hope in our hearts for what we deemed essential to our nature. For peace, for justice, for freedom and yet, for everything we had achieved, for all the progress made, old demons remained.

War, greed, pride, these things are hard forgotten. As much as we pushed forward, they pulled and pulled until our resolve, our hope for a brighter future, faltered.

Such demons crept in the shadows, biding their time, knowing that as our technology advanced, so would our lust for greater progress. As our knowledge of ourselves and the cosmos grew, our very vision would cloud that which we had set out to achieve.

It would obscure our dream of a sublime future until we would forget it entirely. Then they, these demons that we had thought long swept from the world, would make their move.

We pushed too far. We dug too deep. We paralleled our boundless imagination only with our endless need to advance.

The demons won, war began, and they left us with nothing.

The world burned, was torn and scarred, and left as ash. In our ceaseless drive for progress, we had become lost, and war raged. We scorched the land with weapons of terrifying power, untold death and destruction ruled, but that idea of hope remained, and we did what we do best.

In a ruined world left with pockets of humanity fighting for what little resources we had left; the Surrogates were born. Bipedal drones made in our own image and built to survive the ravaged world left behind.

Equipped with a vast array of technology and weapons, those with access to resources could develop stronger, more agile, more sophisticated Surrogates. We controlled them from bunkers, roaming the world for whatever scraps we could find, fighting other factions and groups, stripping what we could from the ruined Earth.

As they evolved, so would the AI companion bots, known as ‘Familiars’. Feline droids, a backup in-case the main Surrogate failed, they would help in dire situations, call for support, or even rescue if needed. These little AI friends matured on their own, adapted to the environment the same as humans did, developing extreme speed, cloaks and more…They held their own secrets.

With so little left, with the Earth burned and pillaged beyond healing, the leaders of those that remained looked beyond endless war and famine. They held a council and sealed the fate of so many.

MARS would become our home.

With what we had left we built ships, but those old demons remained. News broke across the dying planet we would undertake a mission to save humanity and make the journey to Mars. As they announced our new home, so many also knew that we would leave them behind.

Hundreds of millions across the scarred planet, left to perish as the chosen few set out for the stars.

A new gift, to hold so dear.

Mars, the red planet, God of War, our new home. From the earliest dusks on Earth, we looked to the night sky and wept at its unparalleled cosmic beauty. We held onto the hope we could make the stars our destination, to reach out to other worlds and claim them as our own, and we did it.

Out of war, we manifested our dream.

We left Earth behind, and we settled another world, this new realm.

Raw beginnings created much hardship. The red planet, thick with dust, thin of atmosphere, weak with gravity. We had left Earth and the ravages of war behind, but we had no simple path ahead of us.

Many questioned the decision, those few that were brought with skills deemed necessary, but the Council had decided. There was no going back and once again, we did what we are so good at.

Now, three centuries have passed, and our new home is thriving. Humanity put its individual set of skills to work, and we grew.

We settled in the scar, the deepest valley on the planet, the colossal Valles Marineris to shield ourselves from the powerful winds and storms while we terraform. Three hundred years have sailed by, and the Colony is flourishing.

Towering domes and buildings that reach into the Martian sky sweep across the landscape, housing millions of humans, Martians. Four generations who have lived and toiled on this planet and now call it their home.

Vast commercial zones exist, creating wealth and fortune through the resources found on the planet and the technological advancements made over the centuries.

Surrogates and the Familiars continue to play their part, expanding the settlements further and further. They terraform and convert even the harshest of environments into habitable areas.

Now more commonplace, the Familiars have become companions not only for the Surrogate drones but also for the settlers and their children. Their inquisitive nature has pulled them through the immense complex that is the main Colony, reaching deep into the Valles Marineris, and high into the Martian sky.

As the colony has grown, so to have the range of jobs and tasks that are required of the colonists. The Mars Discovery Guild is one of the largest and richest Guilds in the Colony, responsible for discovering fresh places to settle. They have an entire army of Scouts that roam the red planet looking for spots appropriate for human habitation.

Two of these scouts, Archer and Eve, a pair of the Guilds most prized explorers, are a thousand days into the barren Martian lands. Probing, searching, and reaching out across the endless wastes.

They scan and scan as they cross the Irridian Ridge. Bored by what she thinks is going to be another fruitless valley of rock, Eve catches a mysterious glint of something on the far side of the gorge.

A fantastic beam of light explodes into the sky. Frozen with fear and amazement, they both look upon the canyon as a colossal ship breaks out from the light’s source, screaming up into the Martian atmosphere at a speed they’d never thought possible.

The huge ship halts itself, ridged in the Martian sky. They watch as vast rings that roll around its gigantic hull spin themselves loose and fire off across the desolate, red landscape. Stunned, the two scouts look on in awe as a portal opens, and a familiar form emerges…

How will the story unfold? What is this Structure?
What lies beyond?
Find out more by following the ever-evolving story
of The Ethertales.

You can check out all the individual stories
as they release on SuperRare and on Ethertales.com