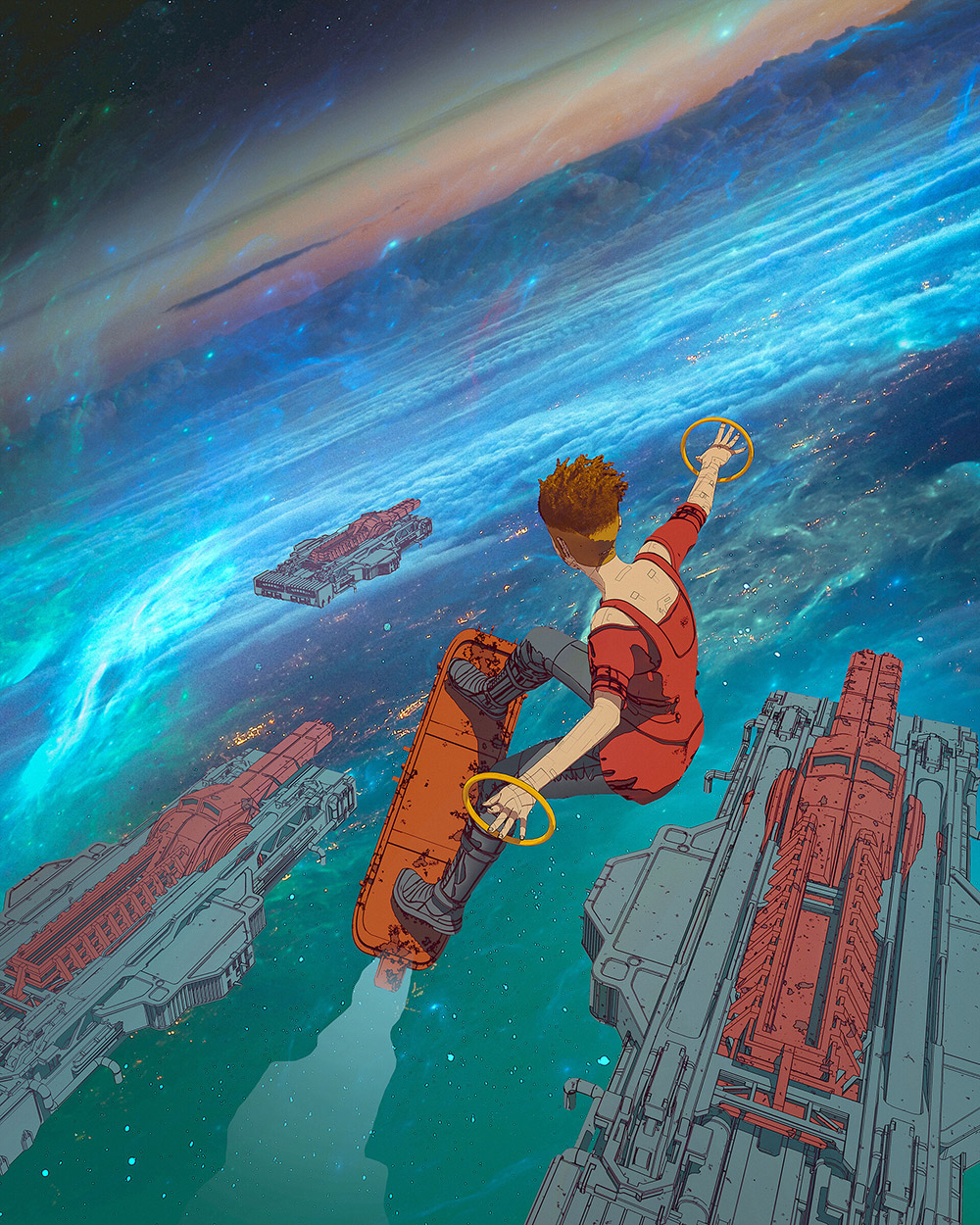 Make sure to read the MAIN STORY before beginning the
Short Stories to understand the universe of Etherea and where
this Short Story fits in the timeline.

Our imagination reaches so far out into the depths of time and space, beyond the reaches of what we can understand, boundless we dream. Each person, each individual with their own lusts and desires, so unique we stand in the depths of our own visions, and yet, sometimes, we dream together.

The Messengers, they are the purveyors of dreams; they surf the cosmic planes on their Sprinter boards and lick at the stardust that’s carried in the void. A special build of the Surrogate drones, their primary task is to transport goods between ships in the vacuum of space, but they do so much more.
Built with superior strength, agility and uplink capabilities to their pilots, they were pivotal in the success of, The Journey.

Three centuries ago, when humanity reached for the stars, to create a new home on the red planet, and abandon those left behind, the Messengers proved themselves vital.

Clad all in red, to represent the ultimate destination of the original ships that left for Mars, the Messengers control their Sprinter boards with their unique artifacts, the Golden Tori. These hover bracelets not only have a unique link with the Messenger Surrogate but also with the pilot, housed deep within the hulls of the colossal Colonial Fleet ships.

From the countless tiny porthole windows of the Fleet ships, little eyes watch the Messengers, their speed and skill legendary. Flies against the gigantic hulls of the Fleet’s armada, their speed carries them across the void of space, but also across the dreams of so many who watch. To surf the stardust, the makings of the universe, they provided wonder and amusement for humanity as they reached out to their new home of Mars, and now, to this day, as the world expands.